Simon Steen-Andersen is one of the most celebrated and performed composers of his generation - in Denmark and abroad. With this Focus we present and reflect on parts of his comprehensive career, in a Danish and an international context.

Have You Seen The Music?

Through a reading of four works, this article explores how Simon Steen-Andersen the visual as a communicating and concrete compositional material.
Rasmus Holmboe 30. October 2014

Repetition is never just the same thing twice. In the works of Simon Steen-Andersen repetition only appears due to a complex interplay with the unrepeatable.
Rune Søchting 30. October 2014

Simon Steen-Andersen presents a thoroughly intellectual approach, but he also makes room for the quiet and the fragile. He can call attention to echoes of dust and breath.
Ida Habbestad 30. October 2014 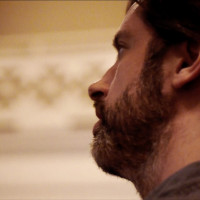 I am a composer

A conversation with Simon Steen-Andersen about living in Berlin; the German cultural tradition; the music's potential and expansion; and about presence and precision.
Rasmus Holmboe 30. October 2014

The mediatisation of reality

The most fascinating thing with Piano Concerto is how the classical genre of the concerto creates the frame, not just for a new piece, but also for our audio-visual reality.
Andreas Engström 30. October 2014
Redaktion
Rasmus Holmboe
Sanne Krogh Groth

Simon Steen-Andersen is one of the most performed Danish composers of his generation, not only in Denmark but also internationally. His proliferating performance success has been followed by several honours, e.g. The Carl Nielsen Prize and Kunstpreis Musik from Akademie der Künste in Berlin (both 2013), the prize for the best orchestral work at the recently held Doneueschinger Musiktage and The Nordic Council Music Prize in 2014.

Seismograf/DMT wishes to celebrate the composer Simon Steen-Andersen. We present and reflect on parts of his comprehensive career, in a Danish and an international context. The music of Simon Steen-Andersen is characterised by tensions between expressions that are seemingly opposite: the banal and the intellectual; the immediate and the historical; the playful and the thoughtful; the quiet and the noisy.

This Focus features a longer interview by Seismograf/DMT's own Rasmus Holmboe; a reflection on the importance of the unrepeatable in Steen-Andersen’s music by composer and PhD Rune Søchting, and a contextualisation of central works by Norwegian editor and writer Ida Habbestad. Our Swedish colleague Andreas Engström writes about the new piano concerto (english translation forthcoming) and finally, Rasmus Holmboe reflects on the visual in Simon Steen-Andersen’s music.

The images for this Focus have kindly been provided by Ida Bach Jensen. They originate from the documentary Komponist, about the composers Simon Steen-Andersen, Henriette Groth and Eva Noer Kondrup. Watch the trailer.

The idea for this Focus comes from Jens Voigt-Lund. It has been realised and edited by Sanne Krogh Groth and Rasmus Holmboe, and published with financial support from Carl Nielsen Fonden. English translations by Helen Clara Hemsley. The Focus is also published in a Danish version.