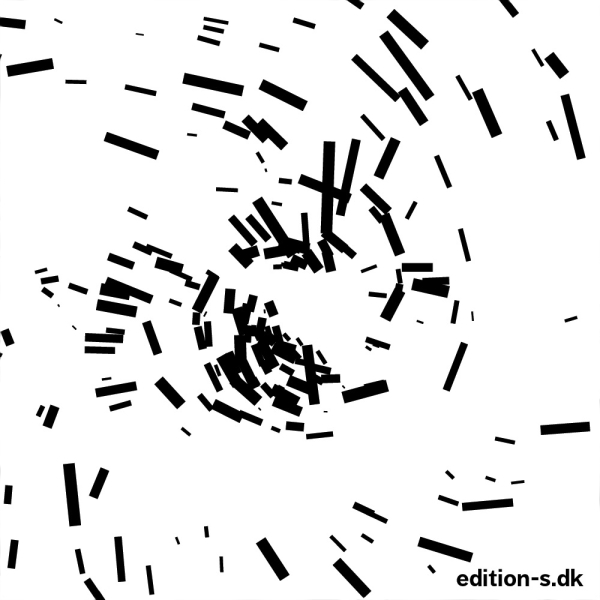 The 8th International Conference on the Histories of Media Arts, Science and Technology, RE:SOUND 2019, took place at Aalborg University in Aalborg, Denmark on 20-23 August 2019. RE:SOUND is part of the Media Art Histories conference series, which has brought together leading researchers, artists, and scientists on a series of interdisciplinary topics for over 14 years.

This edition of Media Art Histories, under the name RE:SOUND 2019, focused on sound and the sonic domain as intrinsic dimensions in the development of art and media technologies. Although sonic experiments and sound expressions abound in the histories of art, the occurrence of sound in art and media remains heavily undertheorized and decontextualized. RE:SOUND aimed at filling this gap in understanding sound by addressing the techno-resonance, trans-mediality, and cultural and social reverberation of media art, art exhibitions, and archives.

These keynotes – and the panel discussion on sound art curation – are presented in this article.

Beyond the media reveal: full of sound and fury, signifying… what?
by Jamie Allen

The media arts seem quite concerned with a particular set of binaries: mediums and messages, contexts and contents, forms and functions. These dualities seem endlessly fascinating, as they allow for repeated reassertions of materialist reveals, exposing how aesthetic “illusion” is produced by “real" infrastructure. Media arts and activism are forever disclosing the nervy tensions between signals and their substrates, hiding-in-plain-sight – images are composed of pixels that consume the energy of electrons; moving images laid bare as a mere perceptual delusion of stroboscopic sequence; what we call “sound” entrains near-negligible variations of pressure waves; the Internet is but a crisscrossing of wires at the bottom of Earth’s oceans; you’re carrying a piece of Africa around in your pocket.

Once internalised by communities of practice and concern, and taken up by popular imaginaries and culture – that is, once these points are made – what more can we do with these insights, what can come after these important media reveals?

Using examples from the study, theory and practice of infrastructures (made of matter, ideas and people) I would like us to think together about what we think the arts and sciences of media can do to push beyond the materialist and constructivist debunking of media as infrastructure. How might we find ways of addressing the current crises of environment, politics and identity in technologically-saturated cultures that provide something in addition to these now somewhat repetitive, pseudo-novel reveals? And how can we productively question suppositions that such revelation is always inherently interesting or radical? What preliminary or speculative, non-binary and non-representational, strategies and openings appear when we cease presuming and declaring technological-saturation as inescapable? Can hopeful interventions and improvisations occur in the media-technological undercommons?

As someone I love recently said to me, “the things you pay attention to grow”, and the question of what media practices, as arts of attention, cultivate and propagate, is always in need of essential re-examination. What energies and relevances can be recovered in an art, research and pedagogy that are not in advance denatured or economized, but hopeful, supportive, expressive and generative of the presence and attentions needed to allow good things to grow?

3 cases of echoic mimicry (or, 3 attempts at hearing uutside of my own f@#*&g head)
by Samson Young

Artist Samson Young presents a lecture-performance that centres on the concept of echoic mimicry from social psychology. Adopting artist Paul Carter’s understanding of it for cases of cross-cultural encounter, Young examines the concept with a case study of the genealogy of the ubiquitous Mo Li Hua [Jasmine Flower] song. The version we now understand to be synonymous with Chinese culture actually most closely resembles the version transcribed by English statesman John Barrow while on the first British embassy to China. Barrow’s tune and accompanying travelogue exploded in popularity across Europe, eventually made it back to its “native” land, before being reabsorbed into Chinese identity.

With other cases of such encounters, including Kenny G’s influence on Hong Kong pop music and centuries-unchanged Japanese Togaku now used as one of few extant sources of Tang dynasty court music, Young considers what it means to hear with the ears of an Other and questions notions of cultural purity and authenticity at large.

Sonic materialism: a philosophy of digging and gardening
by Salomé Voegelin

This keynote as curatorial performance brings the heard and its audition into the sphere of things rather than into the context of their name and function. It joins a current debate on new materialism by developing via sound and listening the idea of materialism as a materialism of transformation that reconsiders an anthropocentric worldview without bestowing objects with mythical self-determination; and that accounts for the object’s autonomous agency rather than placing it in a mathematical frame. Thus, it involves an unperforming of the lexicon and of numbers, and practices a listening to the invisible by its intensity, expanse and duration, to hear echoes of responsibility and the vibrations of flesh in animate and inanimate things.

Listening to the soundscape, the voice and sonic works, this curatorial performance rethinks current ideas of speculative realism and new materialism via the in-between of things. It suggests that while a ‘masculine new materialism’ insists on the absence of the human to get to the unthought, and thus ultimately proposes the end of philosophy in its own mathematical probability, a ‘sonico-feminine new materialism’ brings us through the creative performance of matter and language to the seemingly unthinkable, to reperform it not in words but on the body and on things: doing, digging, gardening as a revocalization and rephysicalization of theory through its interbeing with things.

Working with sonic interaction design and sound art in various public spaces call for an ecological and enactive methodology entailing investigations of actors and their interrelations with their respective environments as attuning and explorative agents. Based on my Ph.D. project on sound in Danish Hospitals (2017) I have thus developed a (dark) attuning approach as a methodological framework capable of accommodating both the multisensory atmosphere and the active engagement of the enactive user through practice-based experiments.

In the keynote, I wish to explore and develop this approach through my previous projects engaging a gigantic wind-mill controlling the tempo of music throughout 2018 in the project Nephew vs. Overheard, imagining the sound world of a woman turning blind through interactive sound design for Dancer in the Dark at Aarhus Theatre and placing a range of sound installations around Denmark mixed together through audio satellites on a website throughout 2017 in the project The Overheard.

In this talk, I present an overview of sonic materialism and foreground its political dimension. I contrast this materialist position with alternative positions such as object-oriented ontology and prominent versions of poststructuralism. Sonic materialism, I argue, necessitates attention to several spatio-temporal scales, from the cosmic scale to the scale of individual actions and events.

Along the way, I develop four claims: (1) the materialist claim that matter has temporal and ontological priority over mind and culture, (2) that materialism requires a theory of flows, (3) that artistic technologies – photography, phonography, radio, film – amount to various ways of cutting into (or “sampling” from) material flows, and (4) that politics concerns the forces that capture or harness these flows.

How have curators helped advance investigations into the production, positioning, exhibition and reception of what we call Sound Art? How has their treatment of a diverse array of sonic practices enriched our modes of inquiry and means of knowledge mobilization?

Liora Belford and Jason van Eyk invite a diverse group of international Sound Art curators for an open, moderated discussion to answer these questions. Together, they explore the critical histories, positions and strategies that inform their practice.

Artistic and curatorial practices in a state of crisis.

How does a sonic artist come to terms with the global effects of the tools of her trade?

The composer as curator

How John Cage deconstructed the governed gallery experience and formed a new field of research.

Beyond the media reveal

If we sought to go beyond the media reveal, what new practices of knowledge should emerge?

A methodology of working with embodied sound and movement as an approach to creating open score pieces.

Video recordings of five RE:SOUND keynotes as well as a panel discussion on sound art curation.