»You look like 50% of the world's population, but are professionalised as a minority« – 12 essays on gender, technology and infrastructure in Nordic sound art and experimental music 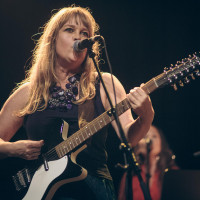 Sounding Women's Work | She composes and performs across all genres in art – as JOMI, Jomi Massage and in the band Speaker Bite Me. For years the experimental artist, vocalist, guitarist, pianist and writer Signe Høirup Wille-Jørgensen has been active in debates of the time. Here is a long poem about gender and yes, no, maybe. 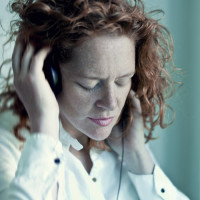 From the outside and inside

Sounding Women's Work | »It's not a choice whether I want to relate to my gender and my body in my work – the outside world has decided that it is a theme,« says British-Danish Juliana Hodkinson, who does not have much of a romantic approach to composing and accepts the truth of the sketch. 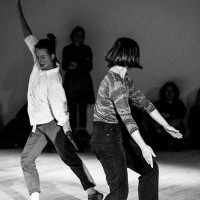 On stage we are four bodies 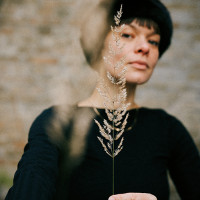 Sounding Women's Work | »For the last thousands of years, it has been difficult to see or hear women. I hope that will change in the next many thousands of years to come, so that there is room for both men and women - and all other definitions of gender,« says Danish-American composer Lil Lacy.
Lil Lacy 10. Februar 2022 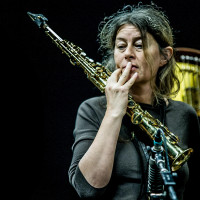 Hopefully we take a risk

Sounding Women's Work | Everything is entangled – freedom and discipline, conscious and unconscious. For Lotte Anker walking in to the tones a fascinating learning process, and it's necessary to step into the unknown. 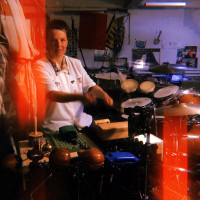 »What do you mean when you say feminine?«

Sounding Women's Work | »The terms feminine and masculine are used as if we all understand what they represent,« says Anja Jacobsen from the band Selvhenter and member of rehearsal place Mayhem.
Anja Jacobsen 10. Februar 2022 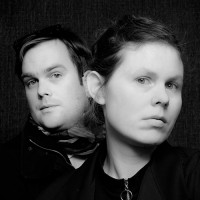 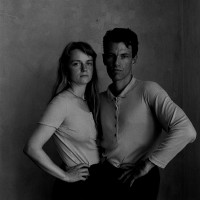 »Go with the spontaneous ideas«

Sounding Women's Work | DEAP – Aske Zidore & Pernille Zidore Nygaard – work in the cross field between gender, technologies and sound. The artist couple remember to challenge and push each other, so it is not only safe: »Go with the spontaneous ideas – also the children's!«
DEAP 10. Februar 2022 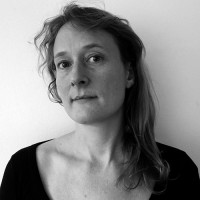 Sounding Women's Work – AUDIO ESSAY | Nanna Lysholt Hansen reflects on her live performance »Dear Daughter/Sen_sing_inannainanna (Russ, Shiva, Klein)« using her voice to perform mothering towards strangers on a bus while sharing, by mantra singing, eco-feminist thought on the necessity of caring for others in times of planetary crisis. 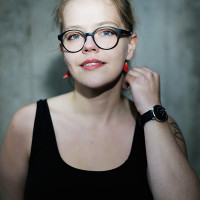 »Had I run around with the others, would I have become a composer at all?«

Sounding Women's Work | Mette Nielsen is occupied finding ways to create space for the small and fragile sounds in the music. She works with both completely traditional scores and more open notations and easy staging of sound.
Mette Nielsen 10. Februar 2022 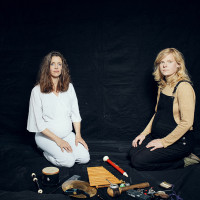 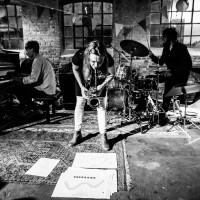 »My pregnant body changed things – composing with the process«

Sounding Women's Work | In a situation where the gender balance is skewed in favor of men, it takes action to change the balance so no one has a special advantage, says composer, saxophonist and author Laura Toxværd.
Laura Toxværd 25. Maj 2022
Redaktion
Kristine Ringsager
Stina Hasse Jørgensen
Agnete Seerup
Andreo Michaelo Mielczarek

»You look like 50% of the world's population, but are professionalised as a minority«

These are the words of Juliana Hodkinson in her essay for this special issue. We asked her and 11 other artists/artist groups how they experience gender playing a role in their artistic practice.

Many studies show today that composers, musicians and sound artists who identify as women are in the minority when it comes to representation on stages, festivals, museums, in academic research and music education. But even though there is an increased focus on gender and representation in the sound art and music industry, the experience of gendered expectations, and how these permeate everything from work practises to infrastructures in the sound art and music life, is still an under-illuminated field.

With this Focus, we want to draw attention to gendered expectations, infrastructures, technologies, working conditions and artistic work through 12 very different statements from artists in the field of experimental music and sound art. Later this year, six articles and audio papers will follow, going in depth with the themes already addressed in these contributions.

We agree with Judith Butler that sex is a social construction, not a natural state of being. Gender is something that is done or performed. Thus, when we use the word 'woman', we are not operating with a biological fundamentalism in relation to the understanding of gender. On the other hand, we see gender and here especially 'woman' as a 'messy' category, which refers to anyone who in their socio-cultural gender identity formation identifies as a woman, which can also be trans and minority gender. People who identify as women come in all shapes and sizes.

'Women's work' or 'women' is a commonly used term to signal a gender division of labor and especially the type of work that is often invisible and underestimated. In the context of this special issue, we would like to suggest to the reader that people who identify themselves as female sound artists and musicians are (still) in our historical contemporaries face professional barriers, discrimination and lack of recognition.

Why a Focus on Artists Who Identify Themselves as Women?

When we move into the minefield that gender work is today, it is to make structures visible and challenge the normative gender expectations. The British-Australian queer theorist Sara Ahmed writes that bodies are oriented and delimited by places. In this way, the places become the framework for bodily meetings and actions and set the agenda for which bodies can - can mean, act and be seen - and which can not. What can gender and bodies within the places where sound art and experimental music are practiced and navigated in? Do they have to have a value and a weight? Can they do as they please? Do they have to mean a similarity and a difference? What is the significance of gender? As Jomi Massage writes in her essay for this Focus:

Several of the participating artists seek to challenge the places and frameworks of bodily actions, reflections, and soundizations without specifically addressing normative gender categories. However, they are often met by gendered expectations from the outside world, whereby gender nevertheless gains significance. This is made clear, among other things, by Anja Jacobsen from the band Selvhenter:

»It is most often in the meeting with the outside world, for example in a meeting with a journalist, that I experience that my gender matters. Here, in the band Selvhenter, we always get a question that relates to the fact that we are women. [...] I have also experienced irritation over the fact that what we have to talk to journalists about always relates to gender, and not just to the music itself. I would very much like to talk about the music and the thoughts behind it, and not spend all my time talking about gender.«

Our focus on gender expectations, infrastructures and technologies in this particular casedepends on what the Indian feminist and cultural theorist Gayatri Chakravorty Spivak has conceptualized as 'strategic essentialism', that is, a political strategy in which a (minority)group temporarily assembled and identified as a unit despite differences between them. The purpose is to be able to speak on behalf of a common 'we' and thereby make visible and over time the oppressive structures, such as sexism, gender inequality and gendered expectations, that this 'we' is confronted with. This is the starting point for our Focus where we create a place and a responsiveness to the important testimonies and reflections from artists, that primarily identify as women. In that sense, as editors, we are pursuing a critical feminist thinking that problematizes the existing structures in our desire to make visible some of the ways in which the infrastructure of music life is gendered, while at the same time highlightingthe diversity of composers, musicians and sound artists who identify as women.

We have chosen to call this Focus Sounding Women's Work because we want to put sound to the professional minority of artists who identify as women. We want to create horizons, show the versatility and the artistic weight that is often forgotten or more or less unconsciously deselected in history writing, teaching, research, museum exhibitions, shows and festivals, as the composer and writer Tine Surel Lange made clear was the case in for example in Nordiske Music Days in 2018, and as former Seismograph editor Sune Anderberg in 2020 showed in his review of the last five years of Copenhagen Phil's season programs.

With this Focus, we will shed light on what gender and gendered expectations mean for artists who identify as women. The contributions, which can be read here, are a rare opportunity to enter the engine room and learn about the artists' different conditions, practices, technologies, motivations, starting points, political motivations and aesthetic strategies.

The editorial staff consists of