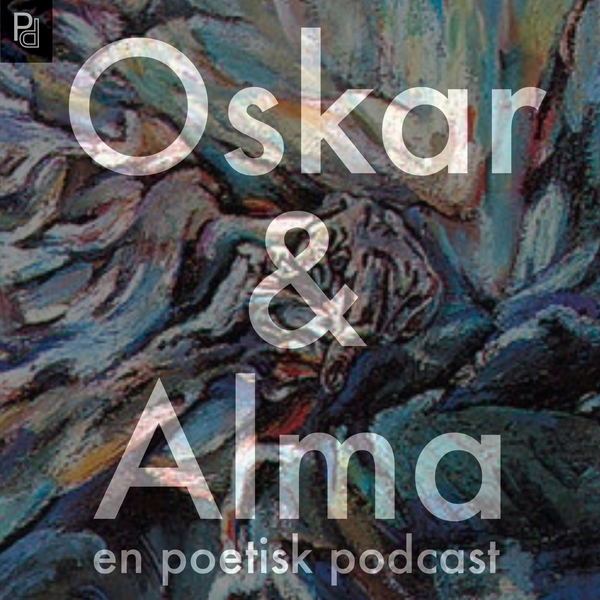 There was no shortage of audience at koncertkirken for the opening night of 2017’s Gong Tomorrow but despite gratis booze the experimental music festival was determined not to make it easy for us. Both concerts I attended over the course of the event were apparently re-scheduled to begin half an hour after the printed start time and both ended up starting even later still. At least the extra forty minutes gave us time to digest the programme notes for Neue Vocalsolisten Stuttgart’s opening concert, which were written by the mostly Middle Eastern composers themselves.

In fact, it was ironic that Georges Aperghis should write about ‘a kind of polyphony of meaning that no longer makes sense’ in describing his piece Passwords. Just below that phrase on the same sheet of paper we could read that ‘deconstructing diverse cultural spaces stems from the significance of assigned gender roles that unveils important remarks regarding the trauma of national identity’ (Turgut Erçetin on his piece Im Keller). And below that: ‘It became a work that, through conflict with itself, invents and defines its own identity, substance and content, distances itself from it and regains it’ (Zeynep Gedizlioglu on his piece Kelimeler).

It may depend on just how rational you like your art, but Aperghis’s tapestry of isolated tiles of text – passwords, literally – felt pretty satisfying in its creation of meaning from meaninglessness. The premise could be seen as a lazy one, a get-out-of-jail-free that allows the composer to write whatever music he wants and then inject the text into it like expanding foam. But Aperghis’s piece mutated into a work that did, actually, suggest cold, hard musical meaning. It allowed us to glimpse as much through its own polyphonic surface noise. Who actually reads the long texts Apple and Microsoft throw up before clicking ‘I agree’? We simply see the words and trust that somewhere, they link up – to know they do. There was enough going on under the covers in Aperghis’s piece to do the same. In the end, Passwords proved its own sense by culminating in speech. No ambiguities there. Erçetin made us jump through the hoops of listening to his semi-spatial work Im Keller twice, the second time from a different seat in Koncertkirken. That went some way to unraveling the bullshit he wrote in the programme but the real purpose (and effect) of the move was to understand better his ideas about assigned gender roles. I can’t help thinking there are more direct yet musically clever ways he might have communicated this rather than making us look under the music’s bonnet, which had the effect of letting slip that it was structurally rather weak. As for Gedizlioglu’s Kelimeler, I was as lost listening to it as I was reading about it.

More than nonsense
Real, meaningful strenuousness produces its own clarity, as in Caspar Johannes Walter’s L’infinito. The harmonic depth of this piece was highly resonant, particularly in what sounded like the creation of a fugue on a glissando – the musical equivalent to knitting in zero gravity. No wonder the composer decided, eventually, to tether his harmonies together and have them move in block, parallel convoys.

Hummus is a joke, until it’s all the bass protagonist has left. You could feel the audience heightening its engagement

It is fiendishly difficult so sing, but sounded straightforward in comparison to Rebecca Saunders’s Soliloquy. This piece threw up problems for Neue Vocalsolisten Stuttgart, who sounded shaky and occasionally lost contact with the countertenor Daniel Gloger up on the rear balcony. It struggled to make its point as a result. If a piece is unsingable by this ensemble, it’s unsingable period. And what’s the point in that?

It felt like consolation that, at last, the ensemble gave us a piece that wanted to communicate more than lecture or dazzle. The tragicomic downward spiral of Zad Moultaka’s Hummus couldn’t have come a moment too soon, its procession of parodies and pastiches as much a celebration of the human voice as its central message was a piece of horrifying, devastating trickery. Hummus is a joke, until it’s all the bass protagonist has left. You could feel the audience heightening its engagement.

There are no laboratory conditions imposed on this piece, but that doesn’t so much limit experimentation as filter out ineffectiveness. The programme note spoke directly too, telling us that the work was ‘created during a visit to Beirut with the bass of Neue Vocalsolisten Stuttgart’. We could sense Andreas Fischer’s involvement in the piece both in the natural expressions of the writing and in the full-on delivery of the music, full of Brechtian theatricality. After Hummus’s collapse, Samir Odeh-Tamimi’s Jarich reasserted some confidence as three female singers stood in a tight triangle and railed against the sounds of a four-channel tape, from which a montage of ritual Palestinian songs blared. From the ridiculous to the sublime
That was the modus operandi of Neue Vocalsolisten Stuttgart: stand and deliver. Sometimes the music necessitated it; at others it could have done with a little more nuance and shape and a little less hysteria. But those aren’t exactly opposing poles, as Gong Tomorrow’s trip to Glyptoteket five days later proved. In a concert curated by Bent Sørensen the composer scattered dismembered bits of chamber music by Brahms around his own works, including his 2016 piano trio Abgesänge, and contributions led by Garth Knox’s viola d’amore.

The easy way to think jointly about Brahms and Sørensen is to presume the two are kindred spirits: buttoned-up craftsmen who hold beauty in the highest regard and are more susceptible than most to autumnal thoughts. But in the third movement of Brahms’s Piano Trio No 2, we were reminded that despite his mahogany demeanor Brahms breaks free of his own sense of nostalgia just as Bent Sørensen pulls the rug from underneath his. There is latent anger in Brahms. Sometimes, just sometimes, there is in Sørensen too.

There is latent anger in Brahms. Sometimes, just sometimes, there is in Sørensen too

It was pertinent listening to the former composer amid the darkened statues of Glyptoteket’s ceremonial hall, not least given the gothic approach to his music propagated by the Copenhagen Piano Quintet’s charismatic linchpin Katrine Gislinge. It might have been the washy acoustic, but Brahms’s music felt that bit more cobwebbed and fragile. Or perhaps that’s what happens when you play Brahms having played a load of Bent Sørensen.

In his introduction, Sørensen spoke of ‘old’ and ‘very old’ music. He might have been referring to music from 2001 (his own The Hill of the Heartless Giant, with which the double bassist Håkon Thelin opened the concert), the Brahms of 1875 and 1882 or even the featured work from 1605, Tobias Hume’s Pavane. Once again, it was good to be reminded, via Knox’s performance of the Pavane, how much Sørensen’s music shares with that of the seventeenth-century in the length and shape of its musical phrases. Despite that, a consistent feature of the evening was Knox’s inability to reconcile his deeply personal sound with an ability to play his instrument in tune. Subversive Sextet
That was painfully audible in the most noteworthy piece in the concert, the first Danish performance of Sørensen’s Inverno d’amore (following its premiere in Røros, Norway in March) written for a handful of the composer’s best instrumental buddies: Knox, Thelin, Frode Haltli on accordion and the Copenhagen Piano Trio.

Much excitement to begin with, as the piece didn’t sound like Sørensen at all even though it did appear to launch with some sampling of old music: a fleshed-out version of the stern piano octave that opens Brahms’s Piano Quartet No 3 (the piece played next). Sørensen had his chord repeating like a striking thunderbolt; it wasn’t glimpsed or teased into view but instead formed the Corinthian columns around which the musical flesh tried to achieve some solidity – an inversion of the Sørensen norm, you could say.

Sørensen’s distilled, refined music has surely moved beyond the ‘experimental’ tag under which this festival operates, for all the micro surprises it continues to throw up

Those piano pillars in the first movement suggested a single conjoined organism, a grosso web of conversation more neo-baroque than neo-romantic. Rarely has Sørensen sounded sturdier. Later on, the viola d’amore took over and tried to lead the instruments into a gentle dance, but on Knox’s plangent and faltering viola d’amore we suddenly ran into the fragility we know so well from Sørensen, even if, in this case, it might not have been entirely purposeful. In a later movement the piano gestures of the opening became shadows of themselves, gently throbbing as the whole canvass tried again and again to negotiate its way down as if from a cliff-edge of anxiety.

The final gesture was as beautiful as it was surprising. The music didn’t slip away via a back door as in an archetype Nordic ending, but felt suddenly content with one of the ledges onto which it had shuffled on the way down. It stopped abruptly, but happily and quite overtly. No spurious or self-regarding programme notes needed, nor a seating change to plead for the music’s structural integrity. But then, Sørensen’s distilled, refined music has surely moved beyond the ‘experimental’ tag under which this festival operates, for all the micro surprises it continues to throw up.